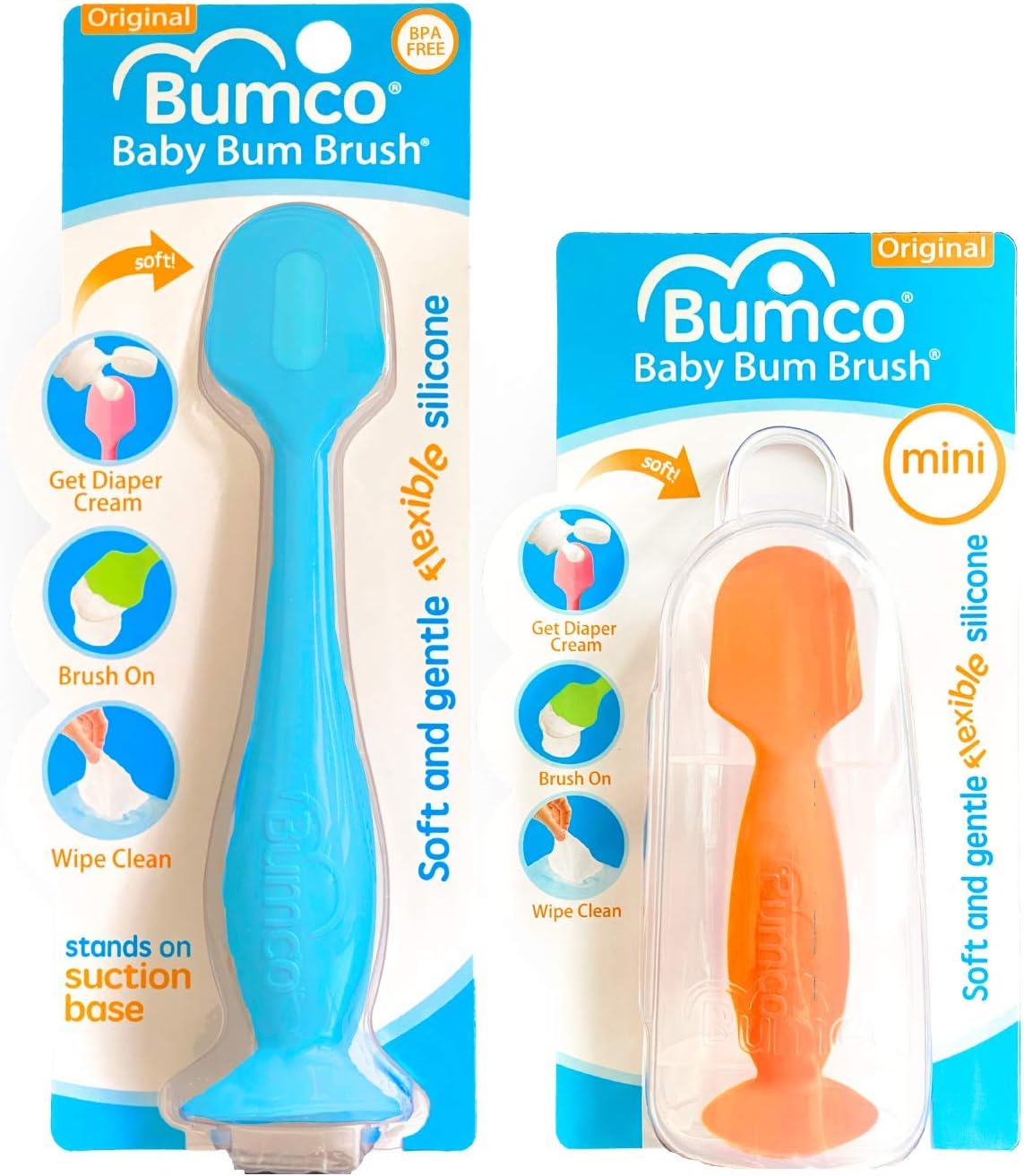 Bumco products are invented by a mom who understands how heartbreaking it is when your little one is experiencing any discomfort or pain. Help soothe your babyâs diaper rash with the Baby Bum Brush diaper rash applicator. This unique diaper rash brush will help you gently apply ointment, paste, moisturizer, or healing cream to your babyâs bottom. The cream will go on smoother, thicker, and faster when you utilize the genius design of our applicator. To use the brush, you apply a generous amount of cream to the brush paddle. Then, gently brush it on your babyâs butt. Wipe the excess cream off with a wipe. Additionally, you can boil the brush in hot water or toss in the dishwasher as needed. The brush is made from soft, smooth, flexible silicone that will feel gently on your babyâs delicate skin. The silicone is BPA-free for your little oneâs safety. This brush features a suction cup base that will allow it to stand upright on any surface. Our diaper rash brush is especially useful if you donât like the smell of cream on your hands or getting it stuck under your nails. It will also reduce accidentally scratching your baby. Add this cool brush to a gift set or basket at a baby shower since itâs the perfect present new moms! Itâs also perfect for nannies. This brush can be used for both baby boys and girls. Give your baby the best by adding this diaper cream applicator to your baby diapering supplies today!