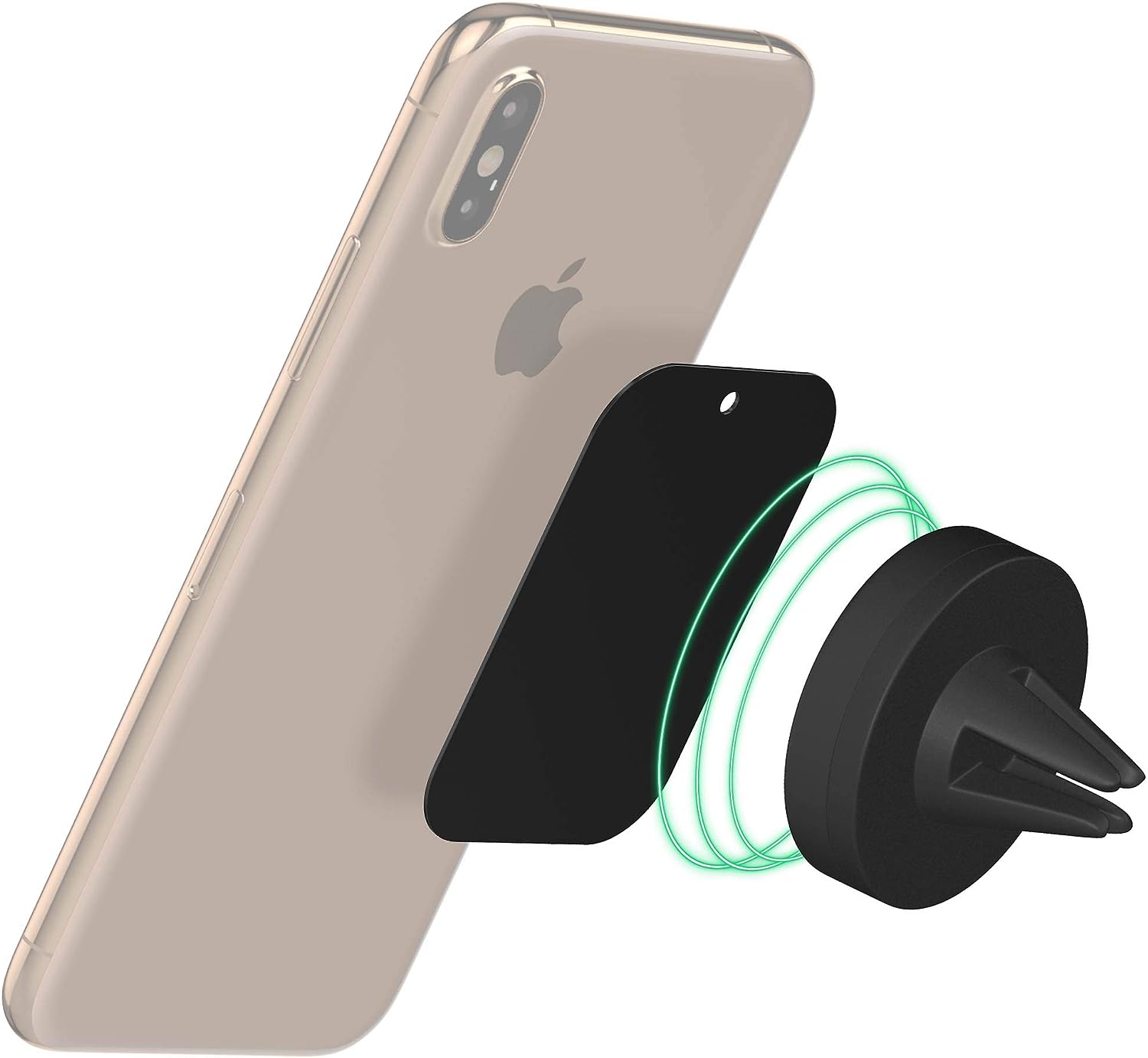 TalkWorks Phone Car Mount clips directly into the air vent on your dash for hands-free cell phone viewing while driving - great for GPS, Music, Voice Text and Calling. Stop fumbling with your cell phone and pay attention to the road! Simply dock your phone each time you get into the car for hands-free use and viewing while driving â keeps your GPS, maps and apps in easy and safe view at all times. Magnet will grip and hold your phone extra tight and secure so it wonât move or shift with bumps and vibrations from the road while driving - magnet is safe for use and will not harm or interfere with your phone. Even though the mount clips to the air venting system, it will not block air flow from the vents - car will stay cool with the AC flowing! Works with cell phones and smartphones of all models and sizes (Compatible with Apple iPhone 11, 11 Pro/Max, XR, XS Max, XS, X, 8, 7, 6, 6S, SE, 5, Android for Samsung Galaxy S10, S9, S8 and many many more).