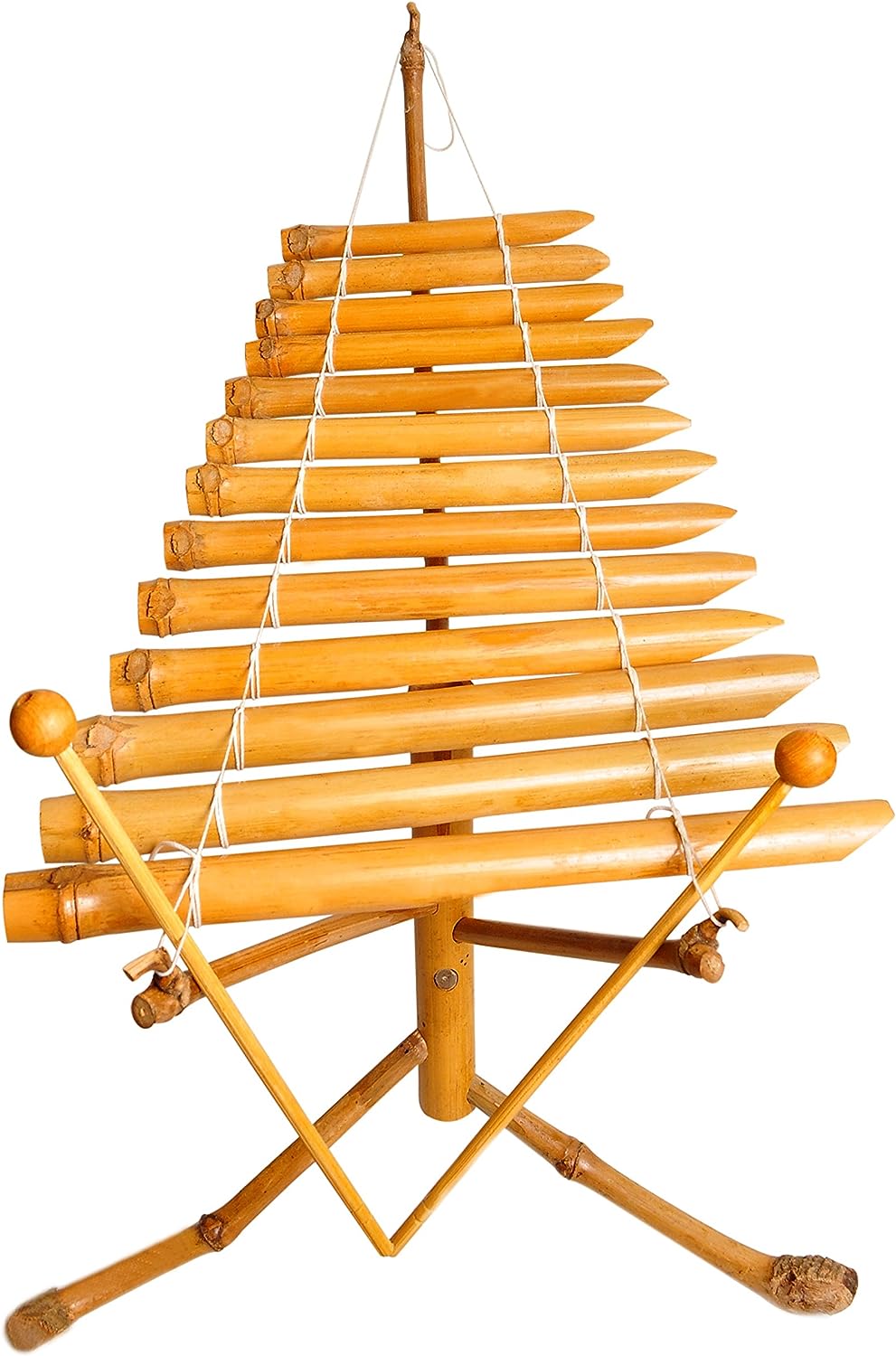 This Xylophone is a traditional musical instrument which is popularly used in many ethnic groups in Vietnam's Central Highlands. It's a great choice to make your own musical works with this special instrument.
This mini version has 13 bamboo tubes, you can use this either as an instrument or a decoration.
It makes wonderful gift for your family, friends or relatives.
100% Handmade.