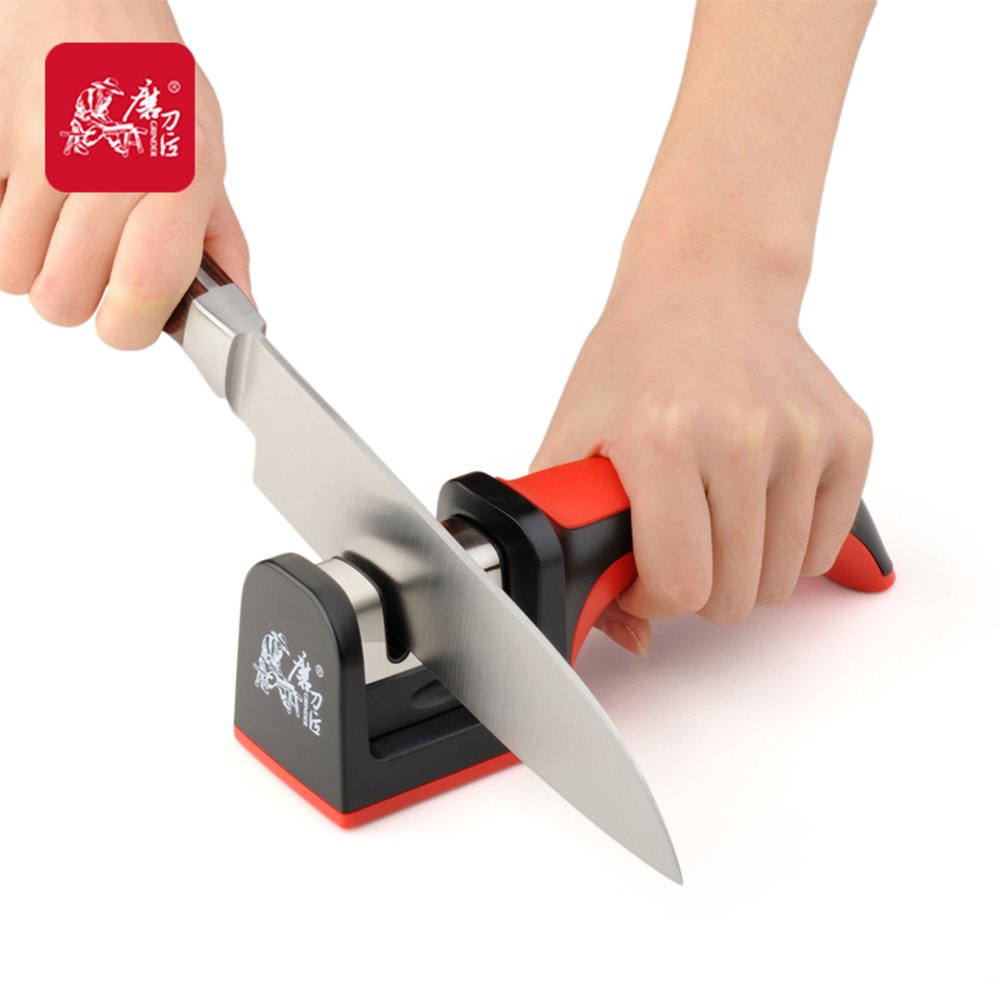 Using introduction: 1. Place the knife sharpener on a stable surface when using. one or both of the following steps depending on how blunt the blade is. Step 1: Coarse sharpening Use this only if your knife is very blunt. Place knives on the coarse stage. Using slight downward pressure, run the blade from its heel to its point through the slot. Repeat three times. Once every six months or as required. Step 2: Fine honing Always finish off with this step to remove any burrs that result from the re-edging and rough honing process. Without using pressure, run the blade through the fine slot ceramic rods three to five times. You can also use this step on its own to maintain a sharp blade. It is recommended to do it approximately once a week or daily use. 2. After using the knife sharpener, carefully wipe the knife blade with a damp cloth or rinse under running water and dry thoroughly. Clean the knife sharpener with non-abrasive brush. Caution: 1. Do not use the knife sharpener to sharpen serrated blades or scissors. 2. To avoid damaging the knife, please sharpen the knife slightly and don't sharpen back and forth. 3. The ceramic rods may discolor. This is normal. 4. Do not put the sharpener in the dishwasher or submerge in water. 5. Please put the knife sharpener and knife beyond the reach of children to avoid any accidents.

Pack of 100 Bubble Mailers Padded Envelopes with Self Seal Water