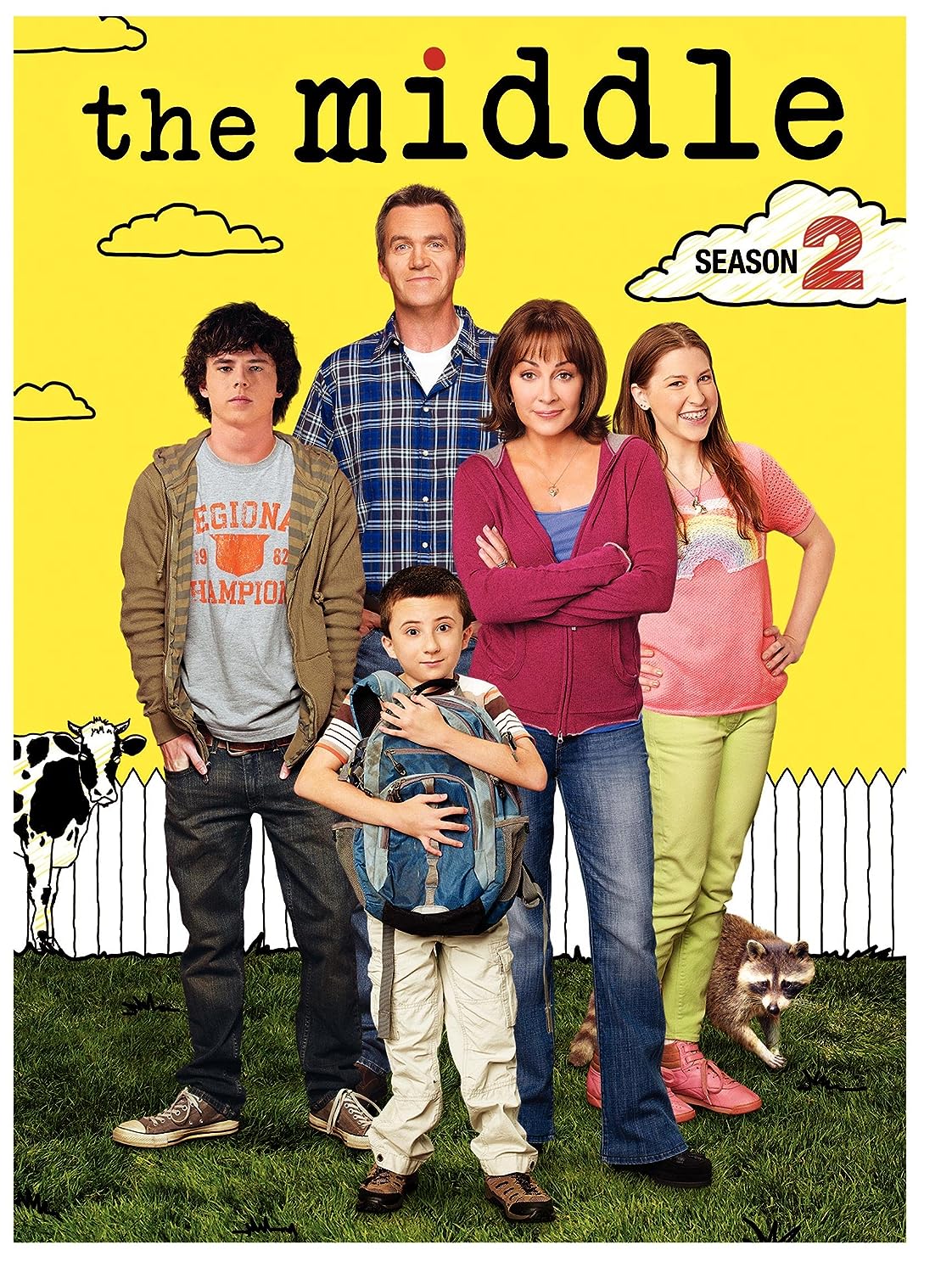 Work. Kids. Bills. Comedy. Itâs how the middle half lives. The Heck family returns for Season Two, bringing with them 24 episodes of offbeat fun with one foot in reality and the other on a greasy wrapper from Burgerworld. Patricia Heaton and Neil Flynn star as Frankie and Mike Heck, frazzled parents trying to stretch their patience and paychecks around three brilliantly true-to-life kids: Axl, whose latest dream girl has tattoos, body piercings and pink hair; Sue, whoâs thrilled to come in eighth (out of eight) in Square Dancing with the Stars; and Brick, the only kid who has his birthday party at the public library.

The most realistic depiction of family life since Roseanne returns! The Middle captures the weirdness underneath the façade of what people think lower-middle-class life should be--at least what Frankie Heck (Patricia Heaton) thinks her family life should be. Frankie desperately wants her gawky teenage daughter Sue (Eden Sher, delightfully awkward) to fit in, her eccentric youngest son Brick (Atticus Shaffer) to make a friend, and her truculent oldest son Axl (Charlie McDermott) to do anything remotely helpful or responsible. Her husband Mike (Neil Flynn) is a solid guy who's pretty much given up trying to make their life anything other than the chaotic mess that it is, but he gamely does what he can to support Frankie's schemes and struggles. (On the periphery floats Chris Kattan as a coworker of Frankie's; the writers still haven't figured out what to do with him.) The Middle's second season follows the progress of a year, with episodes built around holidays and major school events, like prom or sports meets. It's a bit formulaic, but the scripts and cast rise above expectations, even though everything's a little less subtle than before--Heaton, who was wonderfully sly in the first season, plays everything more broadly this time around. Even so, Frankie is an engaging character, full of comic contradictions and suppressed emotions just aching to be released. Flynn is the standout this season; Mike's stolid, unruffled presence has become an even stronger foil for Frankie's floundering. And some satirical bits hit home: Mike's construction-site workers would almost rather have free pretzels than health insurance and Sue's attempts to join a higher-ranking table in the school cafeteria makes a clean but not overstated comment about yearning for status. The Middle: The Complete Second Season is a solid follow-up to the first season. Extras are meager, just a few deleted scenes and a gag reel. --Bret Fetzer

The Man the U.S. Didn't Mean to Kill in Afghanistan

America's misguided 20-year war resulted in tens of thousands of Afghan civilians losing their lives. Zamarai Ahmadi was one of them

Infrastructure and Reconciliation: A Guide to Congress’ Week

From the debt ceiling to government funding, here are the obstacles Congress faces to passing each bill

Germany's Election Produced No Clear Winner. What Happens Next?

The Greens and FDP will play kingmakers in the coalition negotiations, deciding the fate of the CDU and SPD

Inspiration4: The Quest to Push the Limits of Space Travel

Inspiration4: The Quest to Push the Limits of Space Travel

Conversations that shape tomorrow
Get Digital Access every day. All year long.

Sign up for Inside TIME. Be the first to see the new cover of TIME and get our most compelling stories delivered straight to your inbox.

For your security, we've sent a confirmation email to the address you entered. Click the link to confirm your subscription and begin receiving our newsletters. If you don't get the confirmation within 10 minutes, please check your spam folder.

Black Lives Matter and Beyond