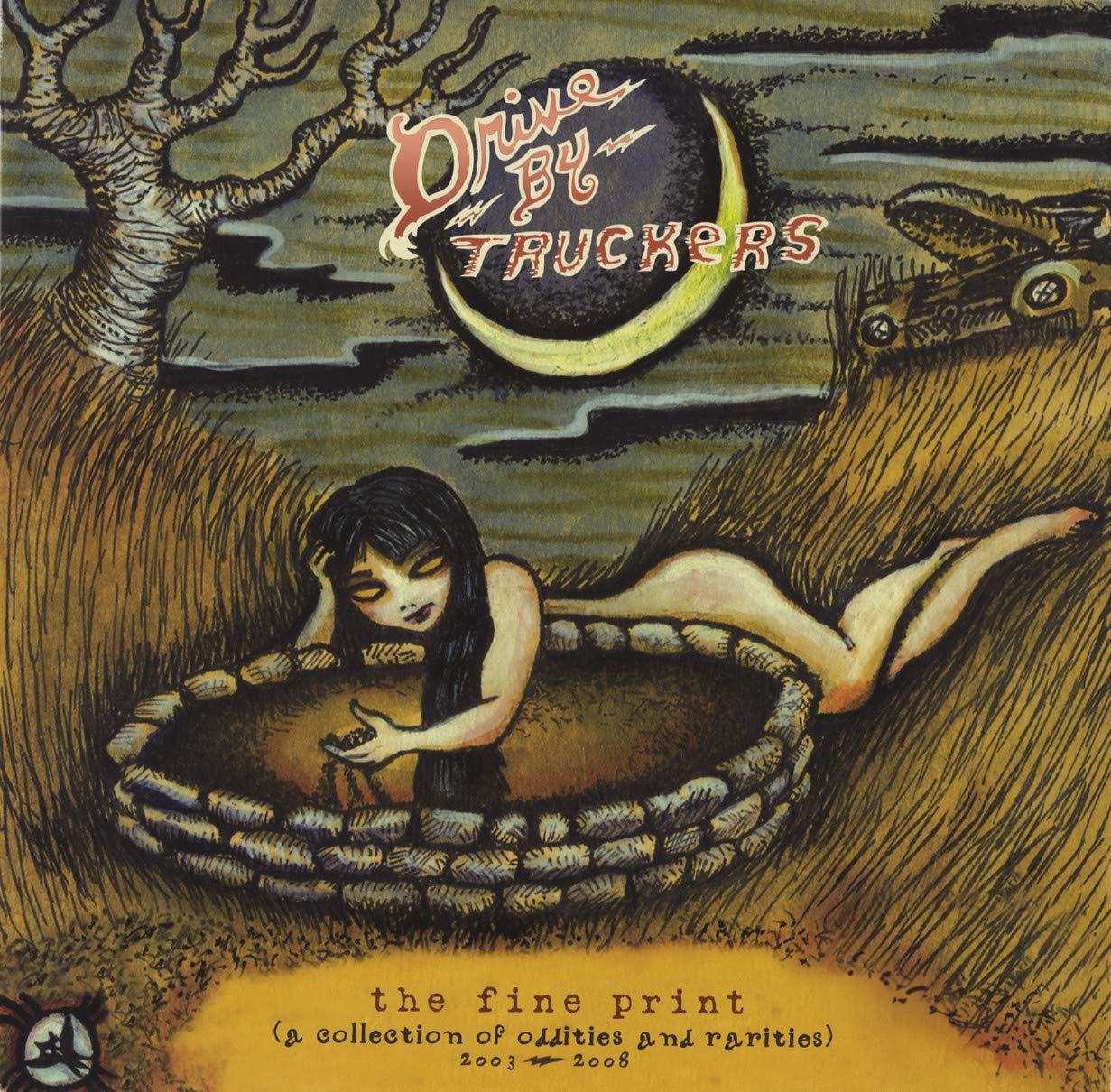 Drive-By Truckers (DBT) have been making music together for 13 years resulting in 7 critically acclaimed studio albums which could not contain all of the songs written by the band. DBT recently dug into the New West Records vaults and put finishing touches on a selection of songs that were never quite completed. The result of the collaboration is The Fine Print (A Collection Of Oddities and Rarities 2003-2008), a 12-track album of previously unreleased and rare songs. The Fine Print features songs written by band members past and present, including Patterson Hood, Mike Cooley and Jason Isbell. Seven of the twelve songs come from The Dirty South era, a highly creative time for DBT. The record also contains four covers including Rebels by Tom Petty, which the band recorded originally for the TV show King Of The Hill and Like A Rolling Stone by Bob Dylan which provided Shonna Tucker with her first ever lead vocal performance on a DBT recording.

- It will not be a condition of entry, but in order to protect the artist/s & crew, your fellow customers & The Residents, we would strongly encourage everyone to do a Lateral Flow Test before attending.
- Face masks are welcomed but not mandatory.
- Please do not attend if you, or anyone you have had close contact with immediately prior to the event, have symptoms or have tested positive for Covid.

- suppliers are working under difficult circumstances at the moment, resulting in some delayed new releases, late deliveries & less reliable service.
- Royal Mail are also suffering under the weight of demand. posted orders are understandably often taking considerably longer than usual.
- we will reply to all emails as soon as humanly possible. Please only contact us once as this will speed up the process.
- if you've ordered online for collection instore, please await confirmation that your order is ready before coming to collect.

- not all older items are in stock. if you're looking for a specific catalogue item, please email [email protected] before placing your order.

Aural world-building of the highest order! PSB have utilised their soaring post-rock charm and more than a snifter of industrial propulsion to gel this fantastical array of guests & influences into one throbbing musical map of Berlin.

IDLES return with their new album “CRAWLER” – an album of reflection and healing amid a worldwide pandemic that stretched the planet’s collective mental and physical health to the breaking point.

The surprise sequel to Jassbusters finds Connan Mockasin and his band of merry pranksters in New York City, fretting without stress through liquid guitar riffs and under Conn's signature croon, while channeling Bost'n 'n Dobs'n’s playful spirit to lead the midnight sermon.

joy crookes instore & signing saturday 16thoctober 2021 – 6:30pm (all ages - under 14s can come for free) preorder any format above with "instore entry" for guaranteed entry! we would strongly encourage everyone to do a lateral flow test before attending (but it will not be a requirement for entry).

together they’ve crafted a crystalline full length of nocturnal, electronic pop music that charts a way out the post-global, cyberpunk dystopian environment it was crafted in.

A gonzo biography of one of the most controversial cult bands of the moment - championed and reviled in equal measure.